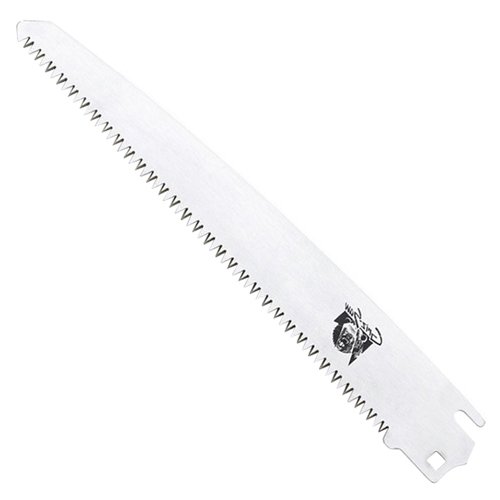 Success! An email will be sent to you as soon as this item is back in stock.
Ooops. There was an error processing your request. Please contact customer service.
More from Outdoor Edge

Has your Griz-Saw lost its edge? Breathe new life into it with this replacement saw blade! Whether it’s been damage or just grown dull, all it takes is a Phillips screwdriver to swap out the old blade and start sawing like new again. Keep a spare on hand and you'll never have to worry about binding or warping.

Why choose this saw?

Pro tip:
When sawing through wood, a “rip-cut” cuts along the grain, while a “cross-cut” cuts perpendicular to the grain. Cross-cuts are much more strenuous on the saw and more likely to lead to binding or warping of the blade.

Coghlans 704 Sportsmans Saw
In Stock
$7.99
Coghlans 8304 Deluxe Pocket Saw
In Stock
$9.99
Ka-Bar Hobo Eating Utensil Multi-Tool
In Stock
$29.99
How are we doing? Give us feedback about this page.
Subscribe for our newsletter