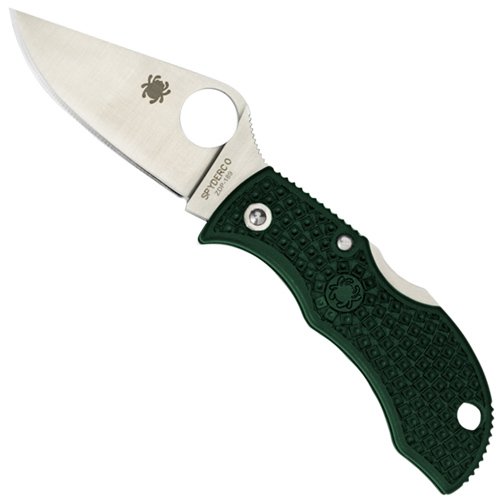 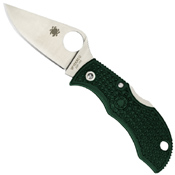 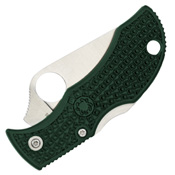 The ManBug is a great size for the keyring. The blade is still large enough to do most chores that many of us do during the day- opening boxes, opening other containers, cutting the occasional fruit or vegetable, wire or whatever. This version with the ZDP-189 steel is really great. This steel seems to hold an edge for a very long time. Also, it seems to take a really great edge- it gets sharp. We like this offering from the creative folks at Spyderco and think you will, too.

The Manbug is a uniquely practical folder designed by Spyderco's founder, Sal Glesser. As the founder of the company, Glesser has, through the years, carried virtually every knife Spyderco produced, as well as many prototypes and special models that never went into production. Despite the wide array of knives available to him, the one he carries most often is the Spyderco LadyBug—a small, go-anywhere clipless folder that rides in the pocket. Anyone who has ever used a LadyBug knows that it cuts with an authority far beyond its size. However, as part of Spyderco's quest for C.Q.I. (Constant Quality Improvement), Glesser decided to make it even better. And, for anyone whose male ego made it difficult for them to carry a ”LadyBug,” he also made life easier. The result is the ManBug—an amazingly handy cutting tool that is more at home in larger hands while still sitting inconspicuously in a pocket or even on a keychain.

When compared to the Spyderco Ladybug, the Manbug is a contrast in gender-related differences. It is thicker and more robust than the thinner, lighter Ladybug. The ZDP-189 modified clip-point blade is fully flat-ground. Precise alignment of the Spyderco Round Hole in relation to the pivot and the backlock, allows for smooth one-hand opening. Clipless.

204MF Tri-Angle Sharpmaker Sharpening Kit
In Stock
$114.99
How are we doing? Give us feedback about this page.
Subscribe for our newsletter