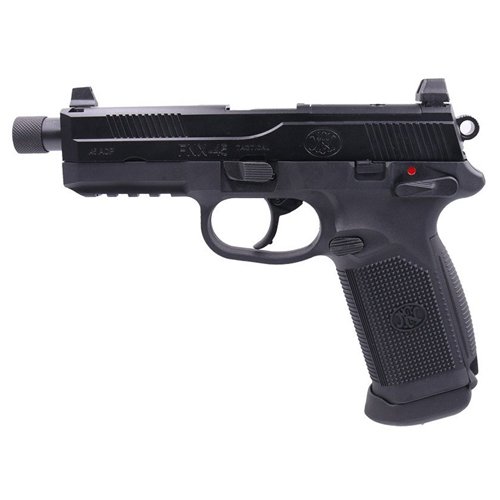 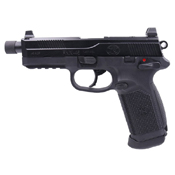 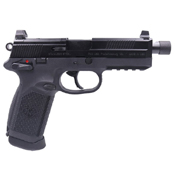 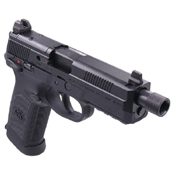 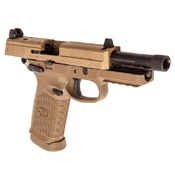 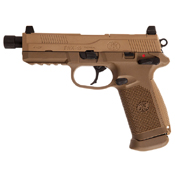 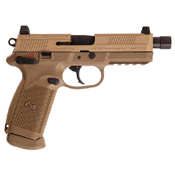 The FN Herstal FNX-45 is a high quality airsoft pistol and an essential part of any replica collection. The gun's design was enhanced through the US Joint Combat Pistol Program in 2006 to improve combat performance. Its ambidextrous safety, magazine release and slide provide fast, easy use in the field. The molded polymer grip is textured to keep your hand steady during blowback firing, even while wearing gloves. Available with black or tan finish.

To meet Canadian regulations, the inner barrel has been extended by 2 inches. This increases the muzzle velocity from 328 to 380 FPS.

Pro Tip:
The US Joint Combat Pistol Program was run by Special Operations Command (SOCOM) from 2005-2006. It was a competition to replace the M9 with a more customizable combat gun. Several guns were designed for the competition including the FN Herstal FNX-45, the Beretta PX4 Storm and the SIG P220 Combat. The program was suspended before a pistol was chosen.