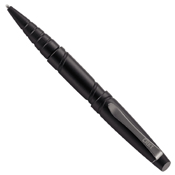 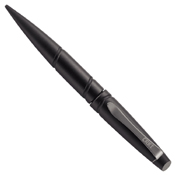 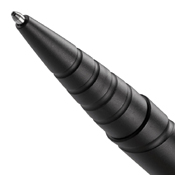 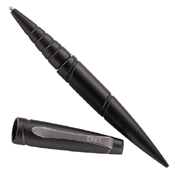 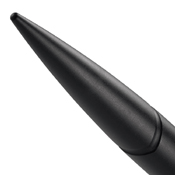 Looks can be deceiving. A situation that calls for self defense is, by nature, unexpected. The smartest are those who think ahead. That’s where the Williams Tactical Pen II comes into play. Disguised as a sophisticated writing instrument, its tactical end carries a powerful punch. This is subtlety at its finest.

Former Army officer and martial arts instructor, James Williams is a man who is fluent in employing self-defense tools that run the gamut—he’s as competent with a sword as he is with nothing more than a tactical flashlight. Years ago, he designed a tactical pen from his shop in Encinitas, California. The knife world loved it. Now, he’s touched it up and it’s better than ever.

The 6061 aircraft-grade aluminum body houses a legendary Fisher Space Pen® Ink Cartridge; truly top of the line when it comes to everyday carry. The sleek instrument features a black, hard anodized finish and shapely grooves to improve grip. On one end, a cap with a removable pocket clip clicks securely in place, on the other, a blunted point innocuously stays at the ready if trouble arises.

Your everyday carry kit just got a little bit flashier.

Cold Steel gun Grip City Stick
In Stock
$111.99
United Cutlery Honshu Tactical Sword Cane
In Stock
$179.99
How are we doing? Give us feedback about this page.
Subscribe for our newsletter