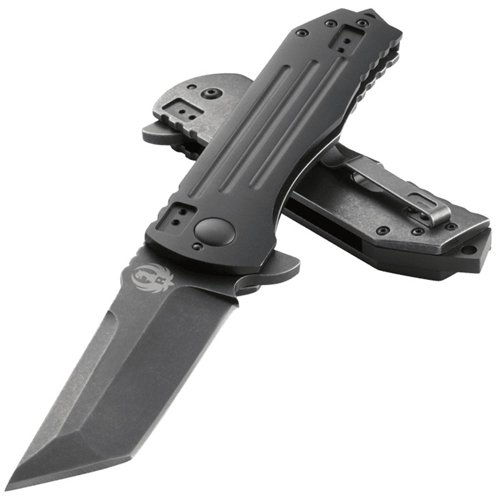 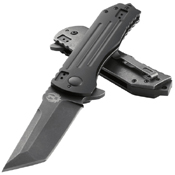 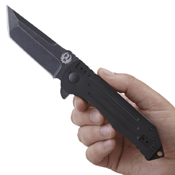 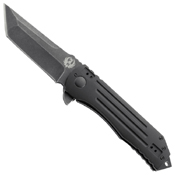 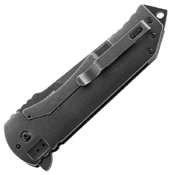 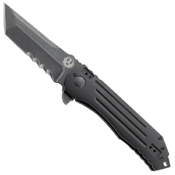 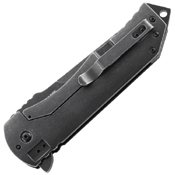 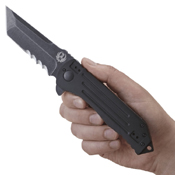 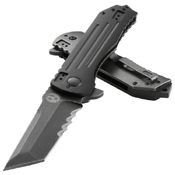 The CRKT Ruger 2-Stage’s design was inspired by American jet fighters—modern and stealthy. The stylized 4 inch tanto blade is black with a stonewash finish to highlight its sleek lines and angles. The ultra-tough anodized aluminum handle features a frame lock and stainless steel striking pommel, making it a versatile tool when open or closed. This tactical folding knife should be your first choice for any covert operation.

Why choose this knife?

Pro Tip:
The tanto knife blade takes its name and shape from the traditional Japanese tanto sword, originally designed to pierce armor in battle. The front edge of the blade meets the back at an angle, rather than a curve, maintaining its spine thickness almost all the way to the tip. This removes the blade’s belly, but creates an extra strong point, ideal for thrust cuts and piercing.