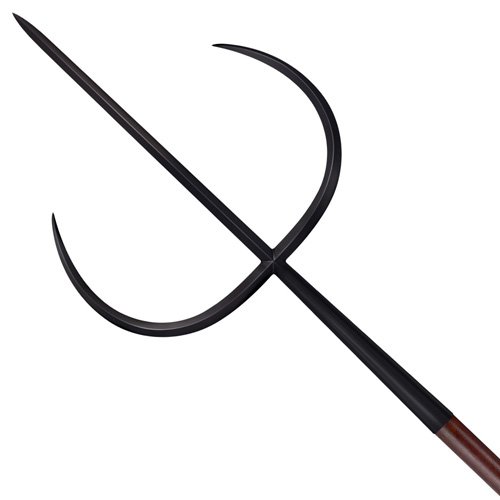 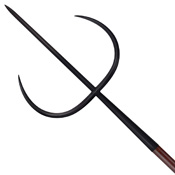 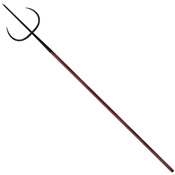 Back in the early 1990's, Cold Steel's President Lynn C Thompson purchased a handmade Chinese Tiger Fork to add to his collection. He fitted it with an old rattan staff and has trained with it ever since. Lynn greatly enjoys reading tales of hunting exploits in historical accounts and had read several stories about Chinese hunters using these giant forked tools to capture and kill big cats. He also had the pleasure of talking to (and training with) Chinese Martial Artists about how this tool was modified as a weapon of war and its application as a formidable fighting implement. After 20 years, Lynn has finally brought his own version of the Fighting Tiger Fork to a modern audience. Cold Steel's interpretation of this classic martial artist's weapon features an elongated central spike to maximize its thrusting potential and inwardly curved outer forks to increase the success of trapping techniques. By deftly twisting and turning the Tiger Fork in his or her hands, a skilled martial artist can not only catch, parry, deflect and entangle an opponent's weapon, but also disarm them, throw them or even lock their joints before delivering a coup de grace.