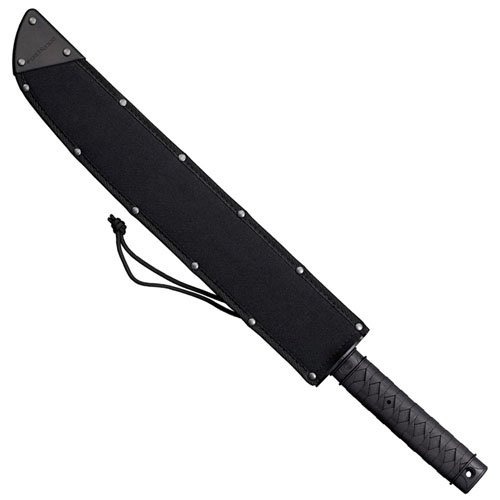 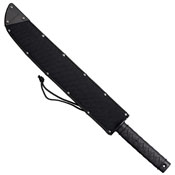 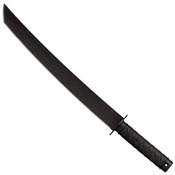 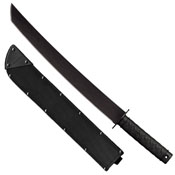 Become a jungle samurai with the Tactical Wakizashi Machete. This sleek fixed blade uses the nimble frame and mid-length reach of a Japanese wakizashi sword, with a bolstered frame designed for brute force tasks. The narrow, even belly slices deftly through branches, vines, and bushes, while the reinforced tip can plunge through any thicket with the strength and precision that only a tanto blade can offer. A polypropylene mold imitates the traditional cord wrapped handle and can fit two hands for powerful swings. A tough cordura sheath is included for storage and carry.

Why choose this machete?

Pro tip:
Samurai traditionally carried two swords, collectively called “daisho”, which translates as “big-little”. The wakizashi was one of the "little" swords, most often used for beheading a defeated opponent.