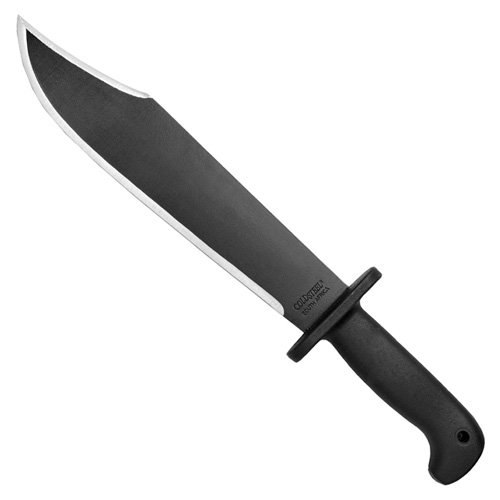 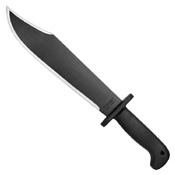 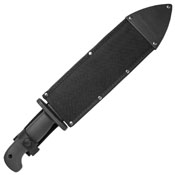 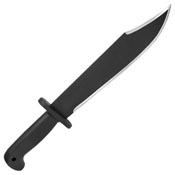 The Black Bear Bowie was built for the modern tactical outdoorsman. This giant bowie style machete breaks through brush like nobody’s business, but its more than just a mindless hacking tool. The sweeping clip point blade with its single-bevel edge is a precision cutting instrument. A black powder coating minimizes reflectivity for covert operation and matches the all-black steel guard, polypropylene handle, and cordura sheath.

Why choose this machete?

Pro tip:
A single-bevel grind, such as a chisel grind or Scandinavian grind, is only ground on one edge, leaving the other side flat. Single-bevel ground blades are easier to control, because they create less drag as they cut. They are also significantly easier to re-sharpen, so they are often used for outdoor knives.