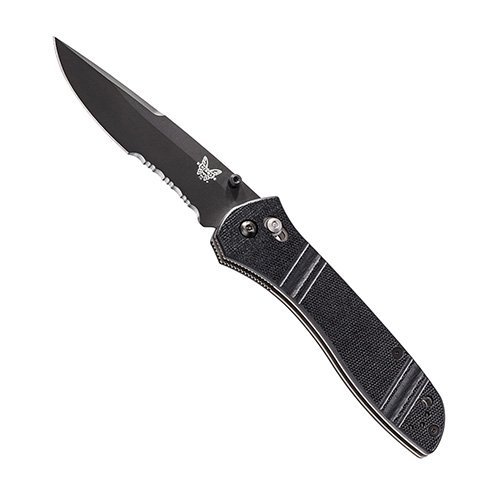 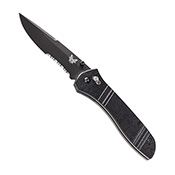 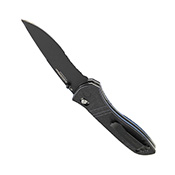 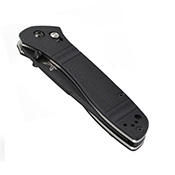 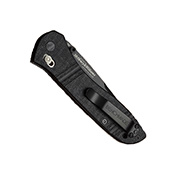 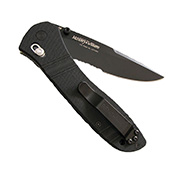 Success! An email will be sent to you as soon as this item is back in stock.
Ooops. There was an error processing your request. Please contact customer service.
More from Benchmade

Model 710 was designed by custom knife makers Bill McHenry and Jason Williams and premiers Benchmade's patented AXIS™ lock which was also designed by Bill and Jason. It looks simple enough, and it is, but it's the end result of a lot of hard work and perseverance by Bill and Jason, over the course of 4 years. The AXIS™ lock is totally ambidextrous and allows for easy one-handed opening and closing of the blade without your fingers ever being in the path of the blade. The design is very intuitive to operate with little or no instruction needed on how the lock functions.

As simple as the lock is, perhaps its biggest selling feature is its brute strength. In testing, the lock supported a negative load of over 200 pounds without damage. When the lock does finally fail, the liners simply crack over the locking pin, but at no time in Benchmade's testing would the blade have closed on the users hand. The AXIS™ lock features two "Omega" shaped springs that provide outstanding functional redundancy. The springs are lightly stressed and our tests show they should last indefinitely. In the unlikely event that one of the springs does fail, the other will still operate the knife just fine.

Is this the strongest lock made? That's very difficult to say for certain. Benchmade claims that i's certainly more rugged than many of the typical lock-back and liner-locking knives. The sizable 3.90" D2 Tool Steel blade of the 710 features a reverse-curve grind for increased cutting ability. The double liners are heat-treated 420 stainless steel as is the locking-bar. There is a removable, stainless steel pocket-clip located on the butt end of the knife. This given clip location on the butt end is necessary due to the locking mechanism. If the clip were positioned on the pivot end, the knife would protrude much too far out of your pocket.