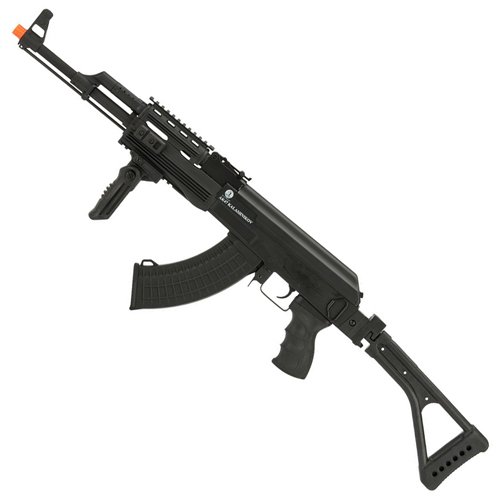 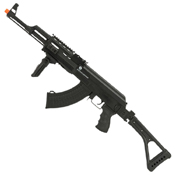 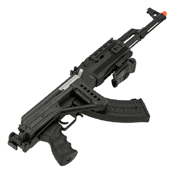 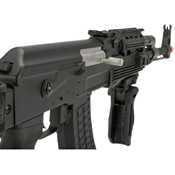 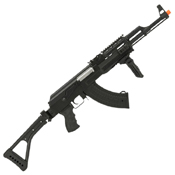 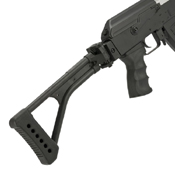 Cybergun's 60th Anniversary Kalashnikov AK47 is a fully licensed replica of the 20th century's most famous weapon. It features a V3 gear box, folding stock, adjustable hop-up, and a tactical rail system. This AEG is powered by an 8.4V NiMH battery built into the handguard.

Pro tip:
A folding stock can be bent 180° and locked in place along the frame of the rifle. This feature makes the weapon more compact for storage and transport, but it can also be used mid-combat when switching between long-range and close-up shooting.

Cybergun AK-47 AEG Rifle Magazine - 600rd
In Stock
$32.33
How are we doing? Give us feedback about this page.
Subscribe for our newsletter